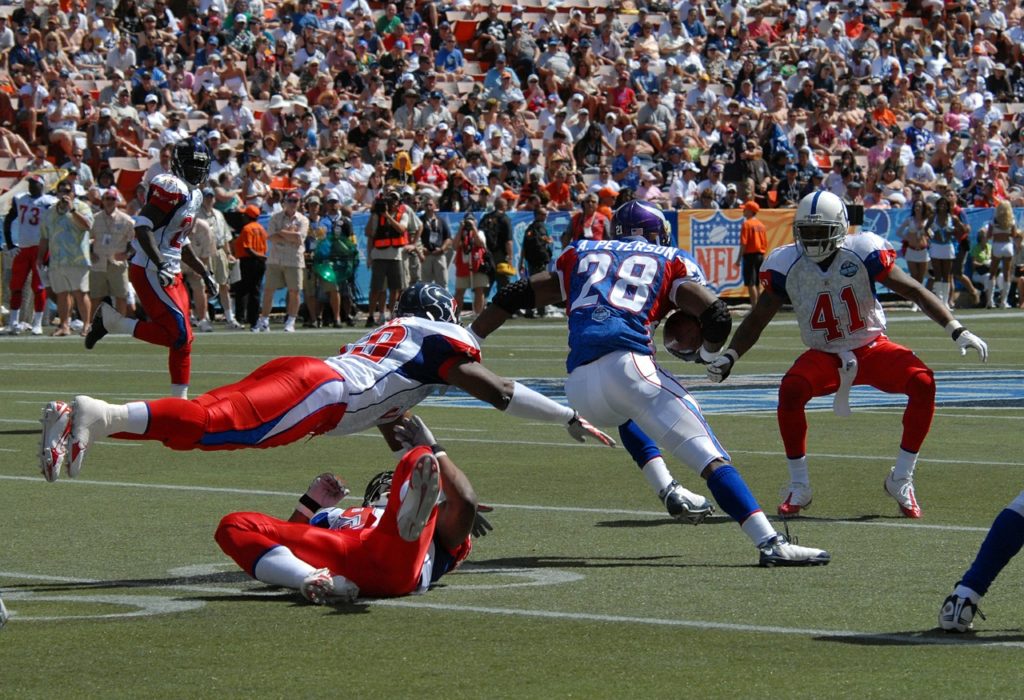 In the first of a new series of Fantasy Stars articles we caught up with professional DFS player Sean Koerner to discuss how he prepares for a new NFL season of DFS.

It was over this period of time he developed a love for not only the games but for the stats and player metrics that drive them both.

“It wasn’t until 2011 that I first played Daily Fantasy Sports when it was brand new concept” Koerner said,

RELATED: What is Daily Fantasy Sports?

The industry has certainly blossomed since those early contests way back in 2011,

“Personally, I didn’t really start to get serious until about 2013.” he added.

Koerner had what may be deemed as a surprising answer when quizzed on the level of emphasis he places on preseason games from a DFS perspective.

“In terms of the actual games, not much at all really. Preseason is a good way to at least see how rookies may fare at the next level or even an idea of how a player who changed teams looks in a new system.”

“Either way, in the lead-in to the new season for me, it’s more about following news in order to see how certain depth charts shape up, or how teams plan on changing their approach from last year.

Further to that, to also see how any injuries may affect teams/players early in the season potentially opening up more opportunities for players that were previously of low value”

Feel free to start asking me your way too early Fantasy Football questions you may have. Never too early to start preparing!

The preseason is a great time to reflect on strategy, assess data and work out ways he can improve for the upcoming season.

“Constantly refining my projection models. That is key since I rely so much on their accuracy and where they lead me.”

Sean also made mention of how he often learns the most from the mistakes he made in prior seasons.

“This can range from game selection on certain slates, money management, and even having a solid lock-time process in place since sometimes you can really get into trouble if you don’t.”

In season, Sean claims to spend a few hours each week setting up his player projections for the weeks games.

During this time he is busy updating and acquiring information based around news, injuries and potential team changes.

“Come Saturday I normally spend a few hours really starting to nail them down and get some of my optimal teams out there to reserve a nice chunk of equity.” he said

As for game day (Sunday) Sean is watching the inactive lists like a hawk and preparing plans B and C in case of any late news that will shake up his envisaged lineups.

“Sunday morning I spend another couple hours updating the projections even more and follow the inactive lists very closely to make sure there are no surprises.

From there I spend the last hour finalizing all my lineups on all the sites I play and have some emergency/backup plans in case any late news messes up my plan.”

Despite Football season being just around the corner and seemingly America’s favourite season-long fantasy sport Sean identified the NBA as his favourite sport for DFS contests. “Over time, it has evolved into the NBA for me.

I just love how it fits my playing style perfectly. There isn’t as much randomness as the other sports that rely a bit more on a single play. A home run, goal, and touchdown are worth so much in MLB/NHL/NFL. As much as those stabilize over the long run, anything can happen on a daily basis though which is why you see a lot of random players help win GPPs every day.”

Such events of course, don’t happen as much in NBA contests since a player needs to not only get the playing time, but play at a much higher level then usual to produce such a high variance score.

“I feel like because of this, there is a bit more of an edge to people who put in the time and have solid projections when it comes to the NBA.” Koerner added.

Sean also touched on the importance to him of being available around lock-out time to make any necessary changes to his lineups.

“There is a huge edge when you are not only able to take these players out last second if you have them but also can target a player that benefits from the news as they will likely have fairly low ownership if other users don’t have much time to adjust.”

When asked if there was any advice for budding DFS players or indeed DFS players looking to make the leap and play on a more professional level Sean was full of great advice.

“I think the main advice I would give is to have a lot of patience. Have patience and take the time to improve not only your game but also find out what sites/game types you excel at.”

“I see way too many people just putting $3 out there every night to win $50k for 1st place in a massive tournament. Don’t get lured into the “big win” so much early on. Grind your way in smaller stake 50/50s, double ups, single entry tournaments.”

“This is a tough industry to be profitable and I feel people don’t realize the hard work it takes to do just that. You have to learn how to have fun just trying to win a 10-man league and try to get really good at that. Once your skills are up to par – start to be more aggressive with your bankroll management and try to get that to grow at a steady rate.

“Once you are able to get enough equity out there on a daily basis then you will have the bankroll to put in a high risk/high reward type lineup in a bigger GPP and not be so concerned on winning the “big one.

“I look at it much more like managing a stock portfolio where you allocate a certain percentage of your bank in safer “cash” games and a smaller percentage in riskier “GPP”s and treat it as a long-term money maker as opposed to a get rich quick operation.”

Terrific advice from an industry professional.

Speaking of advice, Sean is giving it out daily on his various social media platforms. Give him a follow on Twitter!

We’ll be back soon with part two in our Pro DFS player series!