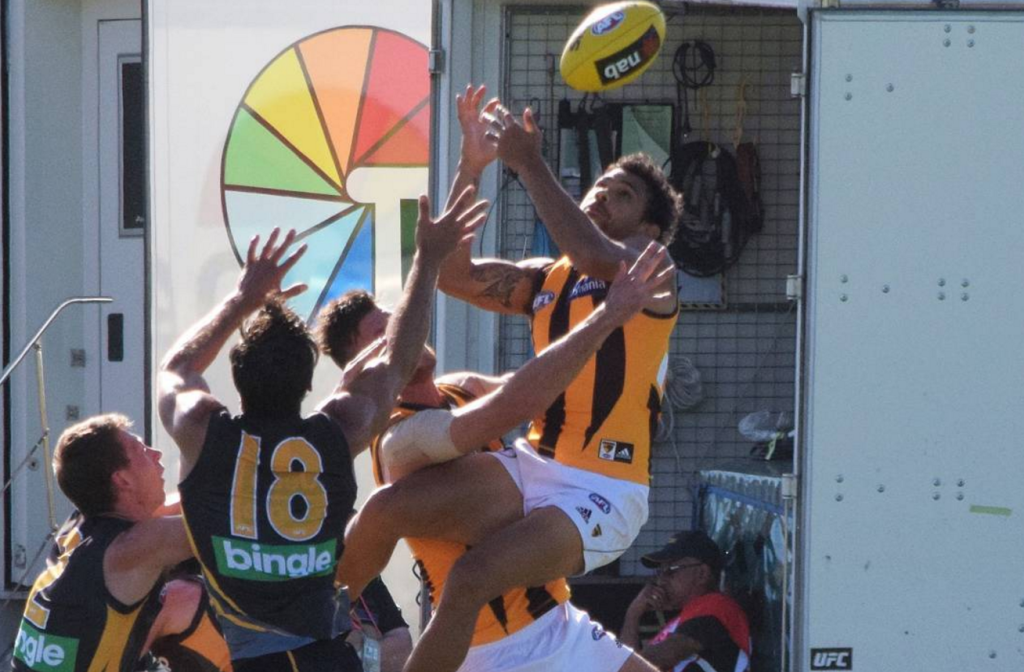 As the 2016 AFL Premiership season fast approaches we all seem to be in a frantic rush to get all of our teams sorted for Dreamteam, Supercoach and of course, Daily Fantasy!

Check out the table below that details which teams provided the most AFL Dreamteam points in 2015.

No surprises to see the Hawks at the top of the list. Mitchell, Hodge, Lewis, Shiels, Birchall, Smith, Gibson, Hill, Gunston and Rioli all averaged 80 AFL Dreamteam points or more, last season.

On the flip side, the list below is the bottom half of the table in terms of AFL Dreamteam points produced.

The Gold Coast were an awful fantasy team last season as they went without their superstar Gary Ablett jnr for a large portion of the season. They averaged just 323.5 disposals as a team each game compared to the 395 disposals the Hawks had each game.

Check out how many goals the Hawks scored on average compared to the majority of teams also! They averaged the most goals, marks and disposals in the entire league last year. They were the Golden State Warriors of the AFL.

Just like in the NBA where pace of play and points totals help us gain an edge, in the AFL we can gain an edge in both season-long and daily fantasy play by using this data.

Certainly don’t stack your lineups with players only from the top half of the table, that’s silly. Perhaps if you are ever stuck between two players then you can use data like the above to make the final decision.

**Please note**
The strength of schedule (SOS) or lack thereof can attribute to the statistics above. Port Adelaide and Geelong are two teams we have highlighted as having easier schedules in season 2016.